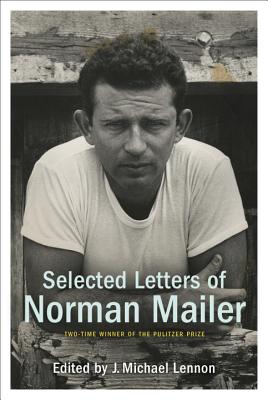 A genuine literary event an illuminating collection of correspondence from one of the most acclaimed American writers of all time
Over the course of a nearly sixty-year career, Norman Mailer wrote more than 30 novels, essay collections, and nonfiction books. Yet nowhere was he more prolific or more exposed than in his letters. All told, Mailer crafted more than 45,000 pieces of correspondence (approximately 20 million words), many of them deeply personal, keeping a copy of almost every one. Now the best of these are published most for the first time in one remarkable volume that spans seven decades and, it seems, several lifetimes. Together they form a stunning autobiographical portrait of one of the most original, provocative, and outspoken public intellectuals of the twentieth century.
Compiled by Mailer's authorized biographer, J. Michael Lennon, and organized by decade, Selected Letters of Norman Mailer features the most fascinating of Mailer's missives from 1940 to 2007 letters to his family and friends, to fans and fellow writers (including Truman Capote, James Baldwin, and Philip Roth), to political figures from Henry Kissinger to Bill and Hillary Clinton, and to such cultural icons as John Lennon, Marlon Brando, and even Monica Lewinsky.
Here is Mailer the precocious Harvard undergraduate, writing home to his parents for the first time and worrying that his acceptances by literary magazines were all happening too easy. Here, too, is Mailer the soldier, confronting the violence of war in the Pacific, which would become the subject of his masterly debut novel, The Naked and the Dead I m] amazed how casually it fits into . . . daily life, how very unhorrible it all is. Mailer the international celebrity pledges to William Styron, I m going to write every day, and like Lot's Wife I m consigning myself to a pillar of salt if I dare to look back, while the 1980s Mailer agonizes over the fallout from his ill-fated friendship with Jack Henry Abbott, the murderer who became his literary protege. ( The continuation of our relationship was depressing for both of us, he confesses to Joyce Carol Oates.) At last, he finds domestic and erotic bliss in the arms of his sixth wife, Norris Church ( We bounce into each other like sunlight ).
Whether he is reflecting on the Kennedy assassination, assessing the merits of authors from Fitzgerald to Proust, or threatening to pummel William Styron, the brilliant, pugnacious Norman Mailer comes alive again in these letters. The myriad faces of this artist and activist, lover and fighter, public figure and private man, are laid bare in this collection as never before.
Praise for Selected Letters of Norman Mailer

Extraordinary. Vanity Fair
As massive as the life they document . . . the autobiography Mailer] never wrote . . . a kind of map, from the hills and rice paddies of the Philippines through every victory and defeat for the rest of the century and beyond. Esquire
The shards and winks at Mailer's own past that are scattered throughout the letters . . . are so tantalizing. They glitter throughout like unrefined jewels that Mailer took to the grave. The New Yorker
Indispensable . . . a subtle document of an unsubtle man's wit and erudition, even (or especially) when it's wielded as a weapon. New York
Umpteen pleasures to pluck out and roll between your teeth, like seeds from a pomegranate. The New York Times

Born in 1923 in Long Branch, New Jersey, and raised in Brooklyn, New York, Norman Mailer was one of the most influential writers of the second half of the twentieth century and a leading public intellectual for nearly sixty years. He is the author of more than thirty books. The Castle in the Forest, his last novel, was his eleventh New York Times bestseller. His first novel, The Naked and the Dead, has never gone out of print. His 1968 nonfiction narrative, The Armies of the Night, won the Pulitzer Prize and the National Book Award. He won a second Pulitzer for The Executioner s Song and is the only person to date to have won Pulitzers in both fiction and nonfiction. Five of his books were nominated for National Book Awards, and he won a lifetime achievement award from the National Book Foundation in 2005. Norman Mailer died in 2007 in New York City. J. Michael Lennon is Norman Mailer s archivist and authorized biographer, and Emeritus Vice President for Academic Affairs and Emeritus Professor of English at Wilkes University, in Pennsylvania. In addition to being chair of the editorial board of The Mailer Review, he has written or edited several books about and with Mailer, including Norman Mailer: A Double Life, Norman Mailer: Works and Days, and On God: An Uncommon Conversation. His work has appeared in The New Yorker, The Paris Review, and New York, among others. He lives in Westport, Massachusetts."
or
Not Currently Available for Direct Purchase
Copyright © 2020 American Booksellers Association