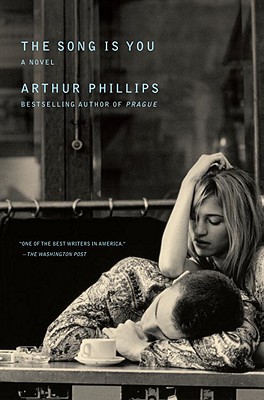 The Song Is You

Julian Donahue is in love with his iPod.

Each song that shuffles through “that greatest of all human inventions” triggers a memory. There are songs for the girls from when he was single; there’s the one for the day he met his wife-to-be, and another for the day his son was born. But when his family falls apart, even music loses its hold on him, and he has nothing.

Until one snowy night in Brooklyn, when his life’s soundtrack–and life itself–starts to play again. He stumbles into a bar and sees Cait O’Dwyer, a flame-haired Irish rock singer, performing with her band, and a strange and unlikely love affair is ignited.

Over the next few months, Julian and Cait’s passion for music and each other is played out, though they never meet. In cryptic emails, text messages, cell-phone videos, and lyrics posted on Cait’s website, they find something in their bizarre friendship that they cannot find anywhere else. Cait’s star is on the rise, and Julian gently guides her along her path to fame–but always from a distance–and she responds to the one voice who understands her, more than a fan but still less than a lover.

As their feelings grow more feverish, keeping a safe distance becomes impossible. What follows is a love story and a uniquely heartbreaking dark comedy about obsession and loss.

Called “one of the best writers in America” by The Washington Post, the bestselling author of Prague delivers his finest work yet in The Song Is You. It is a closely observed tale of love in the digital age that blurs the line between the longing for intimacy and the longing for oblivion.

Praise For The Song Is You…

“One of the best writers in America.”—Washington Post Book World

“Life is a tragedy for those who feel and a comedy for those who think, and for those of us who try to think and feel, The Song Is You captures the flip sides of life at middle age pretty much perfectly. Arthur Phillips is that rare thing among fiction writers, a wise guy who’s also wise.”—Kurt Andersen

Arthur Phillips is the internationally bestselling author of Angelica, The Egyptologist, and Prague, which was a New York Times Notable Book and winner of the Los Angeles Times Art Seidenbaum Award for First Fiction. He lives in New York with his wife and two sons.
Loading...
or
Not Currently Available for Direct Purchase