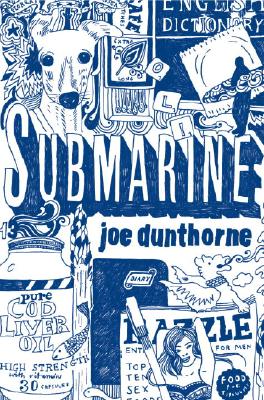 The dryly precocious, soon-to-be-fifteen-year-old hero of this engagingly offbeat debut novel, Oliver Tate lives in the seaside town of Swansea, Wales. At once a self-styled social scientist, a spy in the baffling adult world surrounding him, and a budding, hormone-driven emotional explorer, Oliver is stealthily (and perhaps a bit more nervously than he’d ever admit) nosing his way forward through the murky and uniquely perilous waters of adolescence. His objectives? Uncovering the secrets behind his parents’ teetering marriage, unraveling the mystery that is his alluring and equally quirky classmate Jordana Bevan, and understanding where he fits in among the pansexuals, Zoroastrians, and other mystifying, fascinating beings in his orbit.

“It’s in my interests to know about my parents’ mental problems,” he reasons. Thus, when he discovers that his affable dad is quietly struggling with depression, Oliver marshals all the daytime-TV pop-psychology wisdom at his command–not to mention his formidable, uninhibited powers of imagination–in order to put things right again. But a covert expedition into the mysterious territory of middle-aged malaise is bound to be tricky business for a teenager with more to learn about the agonies and ecstasies of life than a pocket thesaurus and his “worldly” school chum Chips can teach him.

Ready or not, however, Oliver is about to get a crash course. His awkwardly torrid and tender relationship with Jordana is hurtling at the speed of teenage passion toward the inevitable magic moment . . . and whatever lies beyond. And his boy-detective exploits have set him on a collision course with the New Age old flame who’s resurfaced in his mother’s life to lead her into temptation with lessons in surfing, self-defense . . . and maybe seduction. Struggling to buoy his parents’ wedded bliss, deep-six his own virginity, and sound the depths of heartache, happiness, and the business of being human, what’s a lad to do? Poised precariously on the cusp of innocence and experience, yesterday’s daydreams and tomorrow’s decisions, Oliver Tate aims to damn the torpedoes and take the plunge.

“[Joe Dunthorne is] probably destined to be compared with Mark Haddon and Roddy Doyle.”—The Miami Herald

“This absolutely winning debut novel isn't so much a coming-of-age tale as it is a reflection on what it means to be a certain age and of an uncertain mind.”—Los Angeles Times

Joe Dunthorne was born and brought up in Swansea, South Wales. His poetry has been featured on Channel 4 and Radio 3; he has performed at festivals including Glastonbury, Hay-on-Wye, and Latitude. Now twenty-five, Dunthorne lives in London. "Submarine" is his first novel.
Loading...
or
Not Currently Available for Direct Purchase