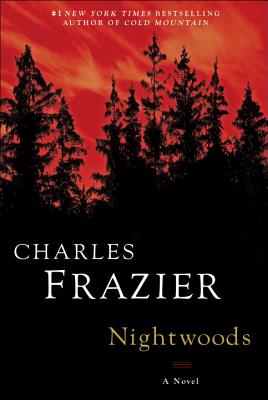 The extraordinary author of Cold Mountain and Thirteen Moons returns with a dazzling new novel of suspense and love set in small-town North Carolina in the early 1960s.

Charles Frazier puts his remarkable gifts in the service of a lean, taut narrative while losing none of the transcendent prose, virtuosic storytelling, and insight into human nature that have made him one of the most beloved and celebrated authors in the world. Now, with his brilliant portrait of Luce, a young woman who inherits her murdered sister’s troubled twins, Frazier has created his most memorable heroine.

Before the children, Luce was content with the reimbursements of the rich Appalachian landscape, choosing to live apart from the small community around her. But the coming of the children changes everything, cracking open her solitary life in difficult, hopeful, dangerous ways.

Charles Frazier is known for his historical literary odysseys, and for making figures in the past come vividly to life. Set in the twentieth century, Nightwoods resonates with the timelessness of a great work of art.

Praise For Nightwoods: A Novel…

"Nightwoods is no typical thriller….its dazzling sentences are so meticulously constructed that you find yourself rereading them, trying to unpack their magic...the unhurried, poetic suspense is both difficult to bear and IMPOSSIBLE TO SHAKE."--Entertainment Weekly

“FANTASTIC ... an Appalachian Gothic with a low-level fever that runs alternately warm and chilling.” —The Washington Post

“ASTUTE AND COMPASSIONATE  . . .a virtuoso construction . . . with wickedly wry dialogue reminiscent of the best of Charles Portis, Larry Brown, and Cormac McCarthy.” —The Boston Globe

“HIS BEST BOOK TO DATE. Frazier’s exquisitely efficient style is matched by some finely tuned suspense.” —The Times (London)

“Frazier has taken a fast-paced genre and subverted it at every turn, offering a closer look at the nature of good and evil and how those forces ebb and flow over time.” —Atlanta Journal Constitution

"...[A] taut narrative of love and suspense, told against a gritty background of bootlegging and violence. The characters are rich and unforgettable, and the prose almost lyrical. This is Charles Frazier at his best. ...Just mention a new novel by the Cold Mountain author, and a line will start forming."
—Booklist

"...[T]hink Thunder Road meets Night of the Hunter meets old murder ballads. This is a suspenseful noir nightmare, complete with bootleggers and switchblades."
—The Daily Beast

“The story makes the book more than worthwhile, and the writing is as good as anything Frazier has created so far. …[G]ripping story and engaging characters.” — Fredericksburg Free Lance-Star

“[E]ngages your deep interest....  The book’s ending is masterful, gratifying suspense-seekers as well as readers who like things working on many levels.” — Asheville Citizen-Times

“The characters are expertly molded from the very land they inhabit, calling attention to the shallowness of the grave in which our more violent past is buried.” — BookPage

“Natural-born storytellers come along only rarely. Charles Frazier joins the ranks of that elite cadre on the first page of his astonishing debut.”—Newsweek

“Prose filled with grace notes and trenchant asides . . . a Whitmanesque foray into America: into its hugeness, its freshness, its scope and its soul . . . such a memorable book.”—The New York Times Book Review

“A boisterous, confident novel that draws from the epic tradition: It tips its hat to Don Quixote as well as Twain and Melville, and it boldly sets out to capture a broad swatch of America’s story in the mid-nineteenth century.”—The Boston Globe

“Frazier works on an epic scale, but his genius is in the details—he has a scholar’s command of the physical realities of early America and a novelist’s gift for bringing them to life.”—Time

“Magical . . . fascinating and moving . . . You will find much to admire and savor in Thirteen Moons.”—USA Today

Charles Frazier grew up in the mountains of North Carolina. Cold Mountain, his highly acclaimed first novel, was an international bestseller and won the National Book Award in 1997. His second novel, Thirteen Moons, was a New York Times bestseller and named a best book of the year by the Los Angeles Times, Chicago Tribune, and St. Louis Post-Dispatch.
Loading...
or
Not Currently Available for Direct Purchase