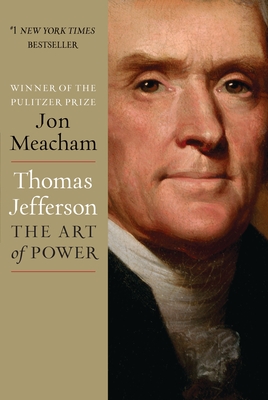 “It could be argued that few individuals have had a greater impact on the course of our nation's history than Thomas Jefferson. Meacham's engaging biography reveals the extraordinary skills of this uniquely gifted and driven man as well as his heart and soul. In a poetic, moving epilogue, Meacham explains Jefferson's unabated appeal: 'He endures because we can see in him all the varied and wondrous possibilities of the human experience -- the thirst for knowledge, the capacity to create, the love of family and friends, the hunger for accomplishment, the applause of the world, the marshaling of power, the bending of others to one's own vision.' Jefferson's story has never been more perfectly told. Quite simply, Meacham has written a masterpiece!”
— Christopher Rose, Andover Bookstore, Andover, MA
View the List