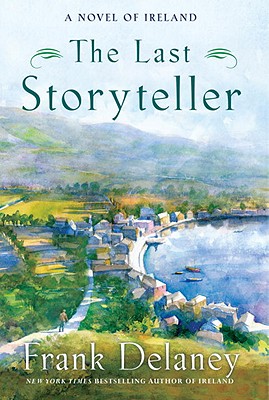 “Every legend and all mythologies exist to teach us how to run our days. In kind fashion. A loving way. But there’s no story, no matter how ancient, as important as one’s own. So if we’re to live good lives, we have to tell ourselves our own story. In a good way.” So says James Clare, Ben MacCarthy’s beloved mentor, and it is this fateful advice that will guide Ben through the tumultuous events of Ireland in 1956.

The national mood is downtrodden; poverty, corruption, and a fledgling armed rebellion rattle the countryside, and although Ben wants no part of the upstart insurrection along the northern border, he unknowingly falls in with an IRA sympathizer and is compromised into running guns. Yet despite his perilous circumstances, all he can think about is finding his former wife and true love, the actress Venetia Kelly.

Parted forcibly from Ben years ago, Venetia has returned to Ireland with her new husband, a brutal man and coarse but popular stage performer by the name of Gentleman Jack. Determined not to lose Venetia again, Ben calls upon every bit of his love, courage, and newfound gun-running connections to get her back. And as Ben fights to recapture his halcyon days with Venetia, he must finally reconcile his violent and flawed past with his hopes for a bright and loving future.

Brimming with fascinating Irish history, daring intrigue, and the drama of legendary love, The Last Storyteller is an unforgettable novel as richly textured and inspiring as Ireland itself.


Praise For The Last Storyteller: A Novel of Ireland…

The Matchmaker of Kenmare

“A delight to read . . . with its memorable characters and variety of adventures . . . [The Matchmaker of Kenmare] burnishes this veteran writer’s reputation as a consummate storyteller.”—Kirkus Reviews (starred review)

“Wonderful entertainment [that] encompasses Irish history and politics, a mystery, a quest, and a coming-of-age story . . . written with style and humor by a masterful storyteller.”—The Boston Globe

“Entrancing . . . Delaney unleashes a cavalcade of memorable characters worthy of John Irving. . . . Teeming with life and a sprawling, chaotic energy, [this novel] scores another goal for Delaney.”—The Plain Dealer

Frank Delaney is the author of the "New York Times" bestselling novel "Ireland, " as well as "The Matchmaker of Kenmare, ""Venetia Kelly's Traveling Show, Tipperary, Shannon, "and "Simple Courage: A True Story of Peril on the Sea." A former judge for the Man Booker Prize, Delaney enjoyed a prominent career in BBC broadcasting before becoming a full-time writer. Born in Tipperary, Ireland, he now lives in New York City and Connecticut.
Loading...
or
Not Currently Available for Direct Purchase