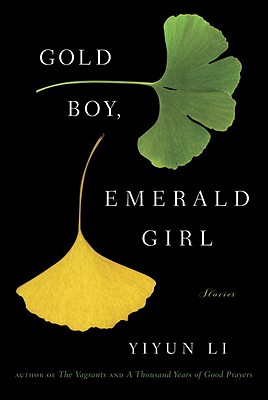 In these spellbinding stories, Yiyun Li, Hemingway Foundation/PEN Award winner and acclaimed author of A Thousand Years of Good Prayers and The Vagrants, gives us exquisite fiction filled with suspense, depth, and beauty, in which history, politics, and folklore magnificently illuminate the human condition.

In the title story, a professor introduces her middle-aged son to a favorite student, unaware of the student’s true affections. In “A Man Like Him,” a lifelong bachelor finds kinship with a man wrongly accused of an indiscretion. In “The Proprietress,” a reporter from Shanghai travels to a small town to write an article about the local prison, only to discover a far more intriguing story involving a shopkeeper who offers refuge to the wives and children of inmates. In “House Fire,” a young man who suspects his father of sleeping with the young man’s wife seeks the help of a detective agency run by a group of feisty old women.

Written in lyrical prose and with stunning honesty, Gold Boy, Emerald Girl reveals worlds strange and familiar, and cultures both traditional and modern, to create a mesmerizing and vibrant landscape of life.

“A literary voice that brings to mind Nabokov’s description of Chekhov’s narrative style: ‘The story is told in the most natural way possible…the way one person relates to another the most important things in his life, slowly and yet without a break, in a slightly subdued voice.’ As in reading Chekhov, one is struck by how profoundly important the lives or ordinary people are made to seem, and by what a sizable chunk of existence – an entire life or several lives – has been compressed into a few pages….[Yiyun Li] succeeds in making the details of a very particular (and very sharply drawn) time and place express something broader and more universal….[Li’s stories] have the power to create hushed intervals that resonate with emotion….Gold Boy, Emerald Girl is an example of the treasure an artist can fashion from the raw materials of ordinary existence.”
--Francine Prose, The New York Times Book Review, Editor’s Choice

“Li's collection well deserves a celebration with its sophistication and honesty, which often derive from a deep understanding of the history, culture and politics of China, and of their impact on ordinary people. . . . Yes, sorrows may arise during times of reflection, but it's impossible not to fall in love with the privacy and tranquility of the time and place.”
—San Francisco Chronicle Book Review, Cover Review

“Yiyun Li is a marvel. . . . Li's insights into Chinese culture make her stories fascinating reading. But the greatest pleasure comes from the admirable elegance of her work. Her writing is lyrical, circular and finely etched, with an emotional impact that both satisfies and surprises.”
—NPR.org, “Books We Like”

“With their quiet authority, exquisite control, and illumination of those quicksilver moments on which entire lives pivot, Li’s tales lodge in your rib cage long after you’ve finished reading….[Li will] remind you of what it’s like to be human in today’s increasingly fragmented world.”
--Marie Claire

“Breathtaking….starkly wondrous….gorgeous fiction….Yiyun Li writes in simple, penetrating prose….[Li] is an impresario of our essential loneliness.  Still, these nine stories are not sad, but astringently beautiful.”
--Cleveland Plain Dealer

“Li is extraordinary . . . a storyteller of the first order . . . each tale in this collection is as wild and beautiful and thorny as a heart. . . Li inhabits the lives of her characters with such force and compassion that one cannot help but marvel at her remarkable talents.”
--Junot Díaz

“Masterly….nuanced….Li conjures a bewildering new economy China, but her eloquent understanding of people struggling to help one another ‘make a world that would accommodate their loneliness’ feels universal.”
--Vogue

“Delectable….subtle and assured….[Li] finds the pulse points in the lives of her Chinese and Chinese-American characters and renders her findings with empathy and exactitude.”
--Elle

“Li displays a staggering poise and grace in her latest collection of short stories….the yarns spun in Gold Boy, Emerald Girl prove to be as varied as humanity itself.”
--Time Out New York

“[Li’s] writing is minimal, yet packed with detail. At times, it feels like she is reporting in the manner of a journalist; at others she teeters on the verge of lyricism, often walking this line within a single paragraph.”
—New York Observer

“A stellar assortment of stories…further proof that Li deserves to be considered among the best living fiction writers.”
--Kirkus Reviews (starred review)

Yiyun Li is the author of "A Thousand Years of Good Prayers "and "The Vagrants. "A native of Beijing and a graduate of the Iowa Writers' Workshop, she is the recipient of the Frank O'Connor International Short Story Award, the Hemingway Foundation/PEN Award, the Whiting Writers' Award, and the Guardian First Book Award. In 2007, "Granta "named her one of the best American novelists under thirty-five. Her work has appeared in "The""New Yorker, A Public Space, The Best American""Short Stories, "and "The O. Henry Prize Stories, "among others. She teaches writing at the University of California, Davis, and lives in Oakland, California, with her husband and their two sons.
Loading...
or
Not Currently Available for Direct Purchase