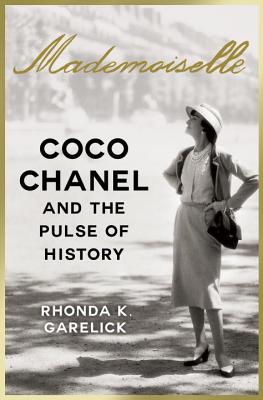 Coco Chanel and the Pulse of History

Certain lives are at once so exceptional, and yet so in step with their historical moments, that they illuminate cultural forces far beyond the scope of a single person. Such is the case with Coco Chanel, whose life offers one of the most fascinating tales of the twentieth century—throwing into dramatic relief an era of war, fashion, ardent nationalism, and earth-shaking change—here brilliantly treated, for the first time, with wide-ranging and incisive historical scrutiny.

Coco Chanel transformed forever the way women dressed. Her influence remains so pervasive that to this day we can see her afterimage a dozen times while just walking down a single street: in all the little black dresses, flat shoes, costume jewelry, cardigan sweaters, and tortoiseshell eyeglasses on women of every age and background. A bottle of Chanel No. 5 perfume is sold every three seconds. Arguably, no other individual has had a deeper impact on the visual aesthetic of the world. But how did a poor orphan become a global icon of both luxury and everyday style? How did she develop such vast, undying influence? And what does our ongoing love of all things Chanel tell us about ourselves? These are the mysteries that Rhonda K. Garelick unravels in Mademoiselle.

Raised in rural poverty and orphaned early, the young Chanel supported herself as best she could. Then, as an uneducated nineteen-year-old café singer, she attracted the attention of a wealthy and powerful admirer and parlayed his support into her own hat design business. For the rest of Chanel’s life, the professional, personal, and political were interwoven; her lovers included diplomat Boy Capel; composer Igor Stravinsky; Romanov heir Grand Duke Dmitri; Hugh Grosvenor, the Duke of Westminster; poet Pierre Reverdy; a Nazi officer; and several women as well. For all that, she was profoundly alone, her romantic life relentlessly plagued by abandonment and tragedy.

Chanel’s ambitions and accomplishments were unparalleled. Her hat shop evolved into a clothing empire. She became a noted theatrical and film costume designer, collaborating with the likes of Pablo Picasso, Jean Cocteau, and Luchino Visconti. The genius of Coco Chanel, Garelick shows, lay in the way she absorbed the zeitgeist, reflecting it back to the world in her designs and in what Garelick calls “wearable personality”—the irresistible and contagious style infused with both world history and Chanel’s nearly unbelievable life saga. By age forty, Chanel had become a multimillionaire and a household name, and her Chanel Corporation is still the highest-earning privately owned luxury goods manufacturer in the world.

In Mademoiselle, Garelick delivers the most probing, well-researched, and insightful biography to date on this seemingly familiar but endlessly surprising figure—a work that is truly both a heady intellectual study and a literary page-turner.

“A detailed, wry and nuanced portrait of a complicated woman that leaves the reader in a state of utterly satisfying confusion—blissfully mesmerized and confounded by the reality of the human spirit.”—The Washington Post

“Writing an exhaustive biography of Chanel is a challenge comparable to racing a four-horse chariot. . . . This makes the assured confidence with which Garelick tells her story all the more remarkable.”—The New York Review of Books

Praise For Mademoiselle: Coco Chanel and the Pulse of History…

“A detailed, wry and nuanced portrait of a complicated woman that leaves the reader in a state of utterly satisfying confusion—blissfully mesmerized and confounded by the reality of the human spirit.”—The Washington Post

“Writing an exhaustive biography of Chanel is a challenge comparable to racing a four-horse chariot. . . . This makes the assured confidence with which [Rhonda K.] Garelick tells her story all the more remarkable.”—The New York Review of Books

“Garelick can convincingly, and engagingly, illuminate a succession of parallels between fashion and politics.”—The New York Times Book Review

“This is the definitive biography of Chanel. It is also the life of one of the most successful world conquerors who has ever imposed her will on a vast subject population. It is gripping, astute, and elegantly written. And if it leaves you leery of ever wearing a Chanel jacket, or carrying a Chanel bag, you will understand where the desire for it came from.”—Judith Thurman, author of the National Book Award–winning Isak Dinesen: The Life of a Storyteller

“In this magisterial, affecting portrait, Rhonda K. Garelick traces Chanel’s history as a woman and as a designer and in doing so illuminates the troubling contradictions of twentieth-century Europe. Her book is a masterwork of original research and psychological nuance, remarkable in combining insight into her subject with insight into modernity entire. It’s a Jamesian portrait of the curious mix of sadness and sadism that loneliness can hatch. It is also a deeply moving exploration of a damaged, unhappy genius striving vainly for an elusive wholeness, and, by sheer force of will and vision, remaking the world’s notion of elegance in her own image.”—Andrew Solomon, author of the National Book Award–winning The Noonday Demon

“A stylish book about style, based on meticulous research and a deep understanding of French culture. Rhonda Garelick tells this extraordinary story with just the right blend of sympathy and judgment, in an utterly readable account.”—Peter Brooks, author of Reading for the Plot and Henry James Goes to Paris

“Garelick expertly illuminates the forces that created one of the world’s most iconic brands. Mademoiselle is a fascinating account of the grit as well as the glamour behind the rise of Coco Chanel.”—Amanda Foreman, author of Georgiana and A World on Fire

“Garelick explores the world of Coco Chanel in intimate—and intricate—detail, revealing the life and times of the woman she astutely describes as ‘understanding how the right labels can govern desire.’ This is a must-have book for followers of fashion and social history devotees alike.”—Lindy Woodhead, author of War Paint and Shopping, Seduction & Mr. Selfridge

“Definitive . . . Cultural biographer Garelick . . . offers a fine psychological portrait of the poor orphaned girl [who] succeeded smashingly on her own terms.”—Kirkus Reviews

“Delivers a probing, well-researched and insightful biography of this familiar but endlessly surprising figure.”—Publishers Weekly

Rhonda K. Garelick writes on fashion, performance, art, and cultural politics. Her books include Rising Star: Dandyism, Gender, and Performance in the Fin de Siècle, Electric Salome: Loie Fuller’s Performance of Modernism, and, as co-editor, Fabulous Harlequin: ORLAN and the Patchwork Self. Her work has also appeared in The New York Times, New York Newsday, International Herald Tribune, and The Sydney Morning Herald, as well as in numerous journals and museum catalogs in the United States and Europe. She is a Guggenheim fellow and has also received awards from the Getty Research Institute, the Dedalus Foundation, the American Association of University Women, the Whiting Foundation, and the American Council of Learned Societies. Garelick received her B.A. and Ph.D. in comparative literature and French from Yale University.
or support indie stores by buying on