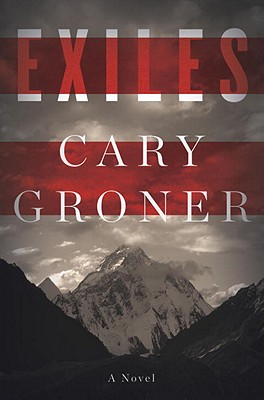 Suspenseful and thought-provoking, Exiles is an extraordinary debut in which East meets West at the point where lives hang in the balance.

Opening the door to a Nepal few Westerners have encountered, Exiles tells the haunting story of an American doctor and his teenage daughter caught in the midst of a civil war.

Fleeing the messy dissolution of his marriage, cardiologist Peter Scanlon decides to take a risk and move with his seventeen-year-old daughter to Kathmandu, where he will volunteer in a free health clinic. But once there, he finds that he failed to anticipate the hardships and dangers: austere living conditions; a chronic shortage of medical supplies; diseases he has never encountered before; the sexual trafficking of young girls; and political instability and an encroaching civil war. At the same time, his friendship and philosophical discussions with a Tibetan Buddhist lama  challenge and invigorate Scanlon, and his contentious relationship with the Nepali nurse who works with him gives way to deeper feelings. His daughter, in the meantime, flourishes as she quickly adapts to the new culture and falls in love for the first time. But when Scanlon is summoned to the scene of an accident on Mt. Annapurna, their lives become a nightmare of violence and fear.

Set within an extreme landscape of both beauty and peril, Exiles takes the reader on a gripping adventure that asks profound questions about the nature of our beliefs—and how far we are willing to go to defend them.

“Groner shines a unique light on a remote, exotic land in his self-confident and culturally rigorous debut. His tale of a doctor and his beloved daughter takes a modern-day bent on Seven Years in Tibet and shows the country’s turmoil with a palette that is as affectionate as it is startling. . . . Even the most jaded reader will be on the edge of their seats as the author carries the story home. A fast-paced but emotionally resonant story about the bonds that hold fast when we’re far from home.”—Kirkus Reviews

“Groner does an excellent job of capturing the realities of life in this war-torn country, from rampant poverty to the beauty of a cremation ritual to the enduring hope of a besieged people in a spectacular land.”—Booklist

“Exhilarating . . . Exiles vividly reveals the difficulty of making moral decisions, and the importance of bonds between people, in a complex world few Americans see.”—James A. Levine, author of The Blue Notebook

“A deeply moving tale of a father and daughter cast adrift in Nepal, Exiles shines a steady, compassionate light on the rootlessness of contemporary America.”—Stephen Batchelor, author of Confession of a Buddhist Atheist

Cary Groner worked for more than two decades as a journalist, then earned his MFA in fiction writing from the University of Arizona in 2009. His short stories have won numerous awards and have appeared in publications that include "Glimmer Train, American Fiction, Mississippi Review, Southern California Review, "and "Tampa Review. "He lives in the San Francisco Bay Area. "Exiles" is his first novel.
Loading...
or
Not Currently Available for Direct Purchase