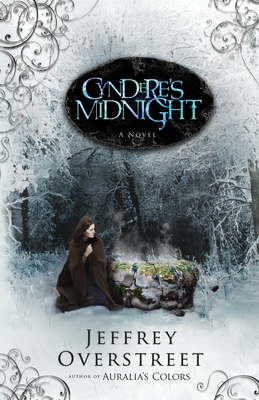 A Novel (The Auralia Thread #2)

In the second book in the Auralia Thread series, the power of Auralia’s colors brings together a bloodthirsty beastman and a grieving widow in a most unlikely relationship, one that not only will change their lives, but could also impact the four kingdoms of The Expanse forever.

Jordam is one of four ferocious brothers from the clan of cursed beastmen. But he is unique: The glory of Auralia’s colors has enchanted him, awakening a noble conscience that clashes with his vicious appetites.

Cyndere, heiress to a great ruling house, and her husband Deuneroi share a dream of helping the beastmen. But when Deuneroi is killed by the very people he sought to help, Cyndere risks her life and reputation to reach out to Jordam. Beside a mysterious well--an apparent source of Auralia’s colors--a beauty and a beast form a cautious bond. Will Jordam be overcome by the dark impulse of his curse, or stand against his brothers to defend House Abascar’s survivors from a deadly assault?

Praise For Cyndere's Midnight: A Novel (The Auralia Thread #2)…

“Overstreet's writing is precise and beautiful, and the story is masterfully told.”
–Publishers Weekly

Jeffrey Overstreet is a novelist and award-winning film reviewer. A contributing editor for Seattle Pacific University’s Response, his work has also appeared in Risen, Paste, and Image: A Journal of the Arts and Religion. His reviews are published at LookingCloser.org and regularly featured at ChristianityTodayMovies.com. A frequent lecturer at universities, arts conferences, and film festivals around the country, Jeffrey lives in Shoreline, Washington, with his wife, Anne. Cyndere’s Midnight is the second novel in The Auralia Thread series.
Loading...
or
Not Currently Available for Direct Purchase