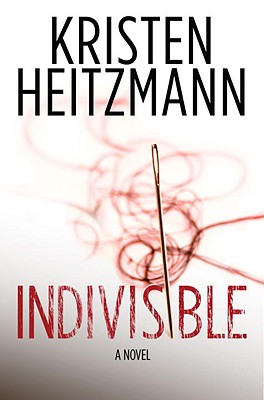 An inseparable bond. An insatiable force.

Battling his own personal demons, Police Chief Jonah Westfall knows the dark side of life and has committed himself to eradicating it. When a pair of raccoons are found mutilated in Redford, Colorado, Jonah investigates the gruesome act, knowing the strange event could escalate and destroy the tranquility of his small mountain town. With a rising drug threat and never-ending conflict with Tia Manning, a formidable childhood friend with whom he has more than a passing history, Jonah fights for answers—and his fragile sobriety.

But he can’t penetrate every wound or secret—especially one fueled by a love and guilt teetering on madness.

From best-selling author Kristen Heitzmann comes a spellbinding tale of severed connections and the consequences of life lived alone.

While home schooling her four kids, Kristen Heitzmann wrote her first novel. It became one of a five book historical series. Since then, she has written three more historical novels and eight contemporary romantic and psychological suspense novels including The Still of Night, nominated for the Colorado Book Award, The Tender Vine, a Christy Award finalist and Christy Award winning Secrets. She lives in Colorado with her husband Jim, sundry family members, and pets.