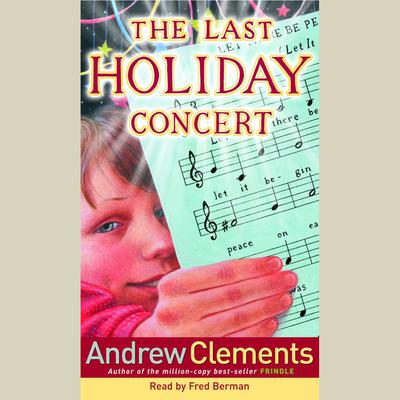 For Hart Evans, being the most popular fifth grader has its advantages: kids look up to him and teachers let him get away with everything. But during one choir practice, Hart zones out too far, accidentally flinging a rubber band at his teacher. Mr. Meinert realizes that if Hart is ever going to discover his musical potential, his punishment must march to a different drummer. And then, as Mr. Meinert is about to leave school because there is no funding left for his job, he orchestrates a class vote to appoint Hart as the new interim choir director. Now it's Hart's job to ready the class for the annual Holiday concert, and ultimately to convince the board why his teacher should stay in school.

ANDREW CLEMENTS is an award-winning author with five other bestselling middle grade novels available on audio from Listening Library: Frindle, The Landry News, The Janitor's Boy, The School Story, and A Week in the Woods. Mr. Clements taught in public schools near Chicago for seven years before moving east to begin a career in publishing. Now a full-time writer, he lives in central Massachusetts with his wife and their four children.