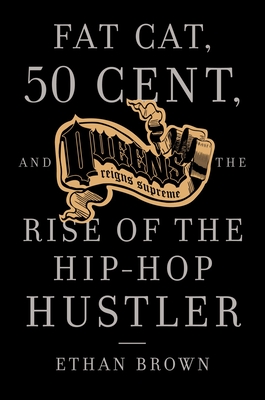 Fat Cat, 50 Cent, and the Rise of the Hip Hop Hustler

Based on police wiretaps and exclusive interviews with drug kingpins and hip-hop insiders, this is the untold story of how the streets and housing projects of southeast Queens took over the rap industry.For years, rappers from Nas to Ja Rule have hero-worshipped the legendary drug dealers who dominated Queens in the 1980s with their violent crimes and flashy lifestyles. Now, for the first time ever, this gripping narrative digs beneath the hip-hop fables to re-create the rise and fall of hustlers like Lorenzo “Fat Cat” Nichols, Gerald “Prince” Miller, Kenneth “Supreme” McGriff, and Thomas “Tony Montana” Mickens. Spanning twenty-five years, from the violence of the crack era to Run DMC to the infamous murder of NYPD rookie Edward Byrne to Tupac Shakur to 50 Cent’s battles against Ja Rule and Murder Inc., to the killing of Jam Master Jay, Queens Reigns Supreme is the first inside look at the infamous southeast Queens crews and their connections to gangster culture in hip hop today.

Ethan Brown writes about pop music, crime, and drug policy for publications such as Wired, New York, Rolling Stone, The Village Voice, and GQ. This is his first book. He lives in New York.
Loading...
or
Not Currently Available for Direct Purchase