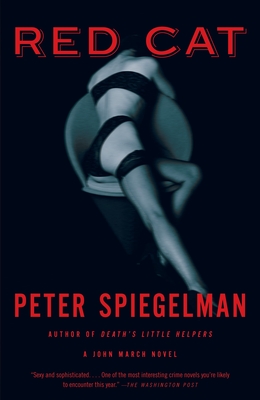 This riveting mystery finds Private Investigator John March descending into Manhattan’s dark and scandalous underworld to help a member of his own family. David March, John’s brother, has been having affairs with anonymous women he meets on the internet. Now one of these women is stalking him. David knows her only as Wren. She, however, knows everything about David—and she's threatening to tell his wife and colleagues, ruining his life. With his marriage, career, and reputation at stake, David asks John to find her. What John discovers is there is more to Wren than David knows. She’s an intriguing mystery, an internet pornographer and video artist with a penchant for turning the tables on her subjects. But when she turns up dead, John finds he's no longer searching for a stalker—now he's looking for a murderer, and the clues keep leading him back to his older brother’s doorstep.

“Sexy and sophisticated. . . . One of the most interesting crime novels you're likely to encounter this year.”
—The Washington Post

"Chillingly dark. . . . Peter Spiegelman [is] among the best of today's writers of noir."
—South Florida Sun-Sentinel

Peter Spiegelman is the author of Black Maps and Death's Little Helpers. He worked on Wall Street for twenty years developing software systems for international banking institutions and retired in 2001 to devote himself to writing. He lives in Connecticut.
Loading...
or support indie stores by buying on