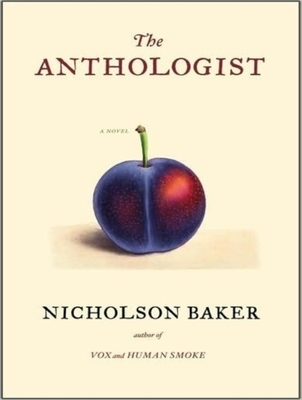 The Anthologist is narrated by Paul Chowder-a once-in-a-while-published kind of poet who is writing the introduction to a new anthology of poetry. He's having a hard time getting started because his career is floundering; his girlfriend Roz has recently left him; and he is thinking about the great poets throughout history who have suffered far worse and deserve to feel sorry for themselves. He has also promised to reveal many wonderful secrets and tips and tricks about poetry, and it looks like the introduction will be a little longer than he'd thought. What unfolds is a wholly entertaining and beguiling love story about poetry: from Tennyson, Swinburne, and Yeats to the moderns (Roethke, Bogan, Merwin) to the staff of the New Yorker, what Paul reveals is astonishing and makes one realize how incredible important poetry is to our lives. At the same time, Paul barely manages to realize all of this himself, and the result is a tenderly romantic, hilarious, and inspired novel.

Praise For The Anthologist…

"A slyly intelligent rant about the crazy paradoxes of artistic careerism, and a casual and hilarious series of lessons on poetry." ---O: The Oprah Magazine

Nicholson Baker has published seven novels and three works of nonfiction, including "Double Fold: Libraries and the Assault on Paper."

Nicholson Baker has published seven novels and three works of nonfiction, including "Double Fold: Libraries and the Assault on Paper."
Loading...
or
Not Currently Available for Direct Purchase