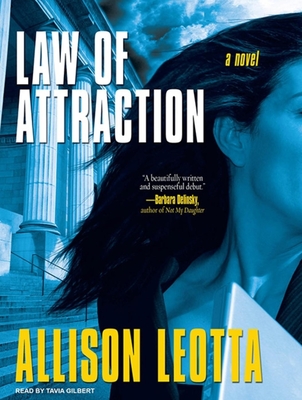 As a newly minted assistant U.S. attorney in Washington, D.C., Anna Curtis has already developed a thick skin to help her deal with the unsettling brutality she encounters daily with her overflowing stack of domestic violence cases. Yet when Laprea Johnson walks into Anna's life-battered by her boyfriend on the morning after Valentine's Day-there's something about this particular case that Anna can't quite shake, something that reminds the prosecutor of her own troubled past. At the trial, Laprea makes a last-minute reversal, lying on the witness stand to free her boyfriend. Shortly after he is freed, Anna is horrified to hear the news that Laprea's body has been found in a trash heap. Hastily assigned to prosecute the murder case alongside the handsome and intimidating chief homicide prosecutor, Jack Bailey, Anna finds herself trapped in a difficult situation when she discovers that her boyfriend, public defender Nick Wagner, plans to sit across from her in the courtroom representing Laprea's boyfriend and suspected murderer. Caught between seeking justice for Laprea and saving her personal life, Anna makes a series of choices that jeopardize her career, her relationships, and her very life as she uncovers the shocking truth behind the murder. Taking listeners on a thrilling ride through D.C.'s criminal justice system, from the back rooms of the U.S. attorney's office to the gritty streets of Anacostia, Law of Attraction is a gripping debut-sure to appeal to suspense and romance readers alike-from an exciting new talent.

Praise For Law of Attraction…

Allison Leotta is a federal prosecutor specializing in sex crimes and domestic violence in Washington, D.C.

Tavia Gilbert, a multiple Audie Award nominee and "AudioFile" Earphones and Parent's Choice Award-winning producer, narrator, and writer, has appeared on stage and in film. She has narrated over two hundred multicast and solo voice audiobooks.
Loading...
or support indie stores by buying on