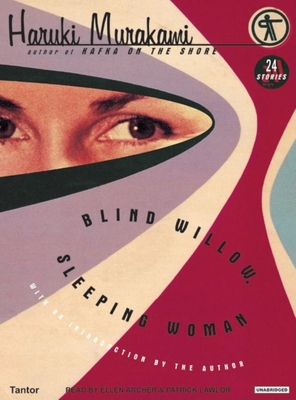 Following the best-selling triumph of Kafka on the Shore-"daringly original," wrote Steven Moore in The Washington Post Book World, "and compulsively readable"-comes a collection that generously expresses Murakami's mastery. From the surreal to the mundane, these stories exhibit his ability to transform the full range of human experience in ways that are instructive, surprising, and relentlessly entertaining. As Richard Eder has written in the Los Angeles Times Book Review, "He addresses the fantastic and the natural, each with the same mix of gravity and lightness." Here are animated crows, a criminal monkey, and an iceman, as well as the dreams that shape us and the things we might wish for. Whether during a chance reunion in Italy, a romantic exile in Greece, a holiday in Hawaii, or in the grip of everyday life, Murakami's characters confront grievous loss, or sexuality, or the glow of a firefly, or the impossible distances between those who ought to be the closest of all. "While anyone can tell a story that resembles a dream," Laura Miller wrote in The New York Times Book Review, "it's the rare artist, like this one, who can make us feel that we are dreaming it ourselves"-a feat performed anew twenty-four times in this career-spanning book.

Born in Kobe in 1949, Haruki Murakami studied Greek drama before managing a jazz bar in Tokyo from 1974 to 1981. His third novel, A Wild Sheep Chase, earned the Noma Literary Award for New Writers and ended his career at the jazz bar. His next novel, Hard-Boiled Wonderland and the End of the World, won the prestigious Tanizaki Prize. In 1996, Murakami received the Yomiuri Literary Award for Wind-Up Bird Chronicle. In addition to being a prolific writer of novels and short stories, he is also known as a skillful translator of Scott Fitzgerald, Raymond Carver, John Irving, Paul Theroux, and other American contemporary authors. His work has been translated into thirty-eight languages, and he has taught at Princeton and Tufts Universities. An AudioFile Earphones Award winner and Audie Award finalist, Patrick Lawlor is also an accomplished stage actor, director, and combat choreographer. His recent audio includes the New York Times bestseller The Last True Story I'll Ever Tell (Tantor). "Lawlor is masterful." --The Philadelphia Inquirer Ellen Archer is an acclaimed audiobook narrator and winner of a coveted Audie Award for For the Love of a Dog (available from Tantor). Her recent audiobooks include the New York Times bestseller Smashed by Koren Zailckas, Unhooked by Laura Sessions Stepp, and Blind Willow, Sleeping Woman by Haruki Murakami. Producers and publishers describe Ellen as versatile, warm, intimate, fresh, fun, intelligent and sultry. She easily covers the spectrum between familiar and conversational and more authoritative and aggressive deliveries.

"Murakami's stories are difficult to describe.... Their beauty lies in their ephemeral and incantatory qualities and in his uncanny ability to tap into a sort of collective unconscious.... These stories are a joy." ---Publishers Weekly Starred Review