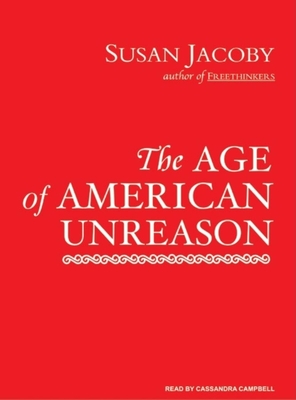 Combining historical analysis with contemporary observation, Susan Jacoby dissects a new American cultural phenomenon-one that is at odds with our heritage of Enlightenment reason and with modern, secular knowledge and science. With mordant wit, Jacoby surveys an antirationalist landscape extending from pop culture to a pseudo-intellectual universe of "junk thought." Disdain for logic and evidence defines a pervasive malaise fostered by the mass media, triumphalist religious fundamentalism, mediocre public education, a dearth of fair-minded public intellectuals on the right and the left, and, above all, a lazy and credulous public. Jacoby offers an unsparing indictment of the American addiction to infotainment-from television to the Web-and cites this toxic dependency as the major element distinguishing our current age of unreason from earlier outbreaks of American anti-intellectualism and antirationalism. With reading on the decline and scientific and historical illiteracy on the rise, an increasingly ignorant public square is dominated by debased media-driven language and received opinion. At this critical political juncture, nothing could be more important than recognizing the "overarching crisis of memory and knowledge" described in this impassioned, tough-minded book, which challenges Americans to face the painful truth about what the flights from reason has cost us as individuals and as a nation.