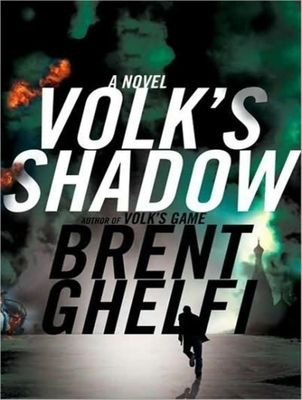 The headquarters of an American oil company hemorrhages chemical-pink smoke into the Moscow night, the aftermath of an apparent terrorist attack. A Russian army captain carrying a priceless Faberge egg and digital evidence of horrific wartime atrocities is murdered and relieved of both these prizes. And in the snowy mountains of southern Russia, a terrorist named Abreg who once held Volk captive in a Chechen mud pit hatches a plan to lure him back into his grasp. Volk's Shadow finds Colonel Alexei Volkovoy covert agent of the Russian army and major player in the Moscow underworld once again struggling to stay afloat in the swirling currents of Russian political and economic intrigue. This time, however, he is without his sidekick and lover, the ethereal Valya Novaskaya. Aching for the soul mate he pushed away, Volk begins to doubt himself, becoming even more detached from the brutality of his actions. When he takes out his inner pain on the wrong man, he gains a powerful enemy in the highest reaches of the Kremlin, and only after he travels back to Chechnya to eliminate his old nemesis, Abreg, is Volk's debt finally repaid.

"Ghelfi [is] a master at painting a modern Russia so dark and scary that it would give Stalin pause.... Quite thrilling." ---Kirkus

Brent Ghelfi has served as a clerk on the U.S. Court of Appeals and now owns and operates several businesses.