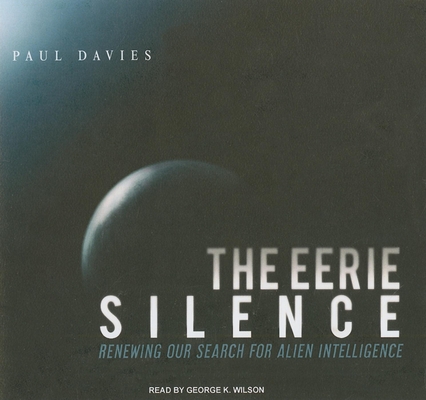 Fifty years ago, a young astronomer named Frank Drake pointed a radio telescope at nearby stars in the hope of picking up a signal from an alien civilization. Thus began one of the boldest scientific projects in history, the Search for Extraterrestrial Intelligence (SETI). But after a half century of scanning the skies, astronomers have little to report but an eerie silence-eerie because many scientists are convinced that the universe is teeming with life. The problem, argues leading physicist and astrobiologist Paul Davies, is that we've been looking in the wrong place, at the wrong time, and in the wrong way. Davies should know. For more than three decades, he has been closely involved with SETI and now chairs the SETI Post-Detection Taskgroup, charged with deciding what to do if we're confronted with evidence of alien intelligence. In this extraordinary book, he shows how SETI has lost its edge, then offers a new and exciting road map for the future. Davies believes that our search so far has been overly anthropocentric: we tend to assume an alien species will look, think, and behave like us. He argues that we need to be far more expansive in our efforts, and in this book he completely redefines the search, challenging existing ideas of what form an alien intelligence might take, how it might try to communicate with us, and how we should respond if we ever do make contact. A provocative and mind-expanding journey, The Eerie Silence will thrill fans of science and science fiction alike.

Praise For The Eerie Silence: Renewing Our Search for Alien Intelligence…

"Paul Davies imagines the unimaginable.... A [must-listen] for anybody fascinated by the most profound of questions: are we alone?" ---Stephen Baxter, author of Manifold

Paul Davies is an internationally acclaimed physicist, cosmologist, and astrobiologist at Arizona State University and the author of more than twenty books, including "The Mind of God," "About Time," and "The Goldilocks Enigma."