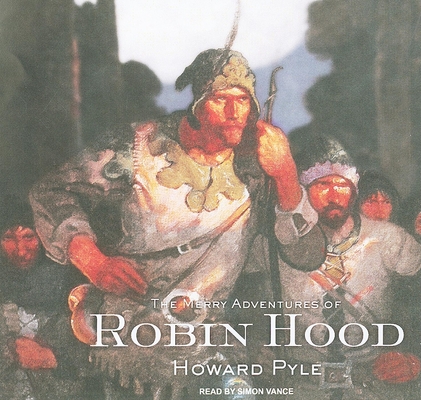 The Merry Adventures of Robin Hood

In Merry England, in the time of old when good King Henry the Second ruled the land, there lived within the green glades of Sherwood Forest near Nottingham Town a famous outlaw whose name was Robin Hood. No archer ever lived that could speed a gray goose shaft with such skill and cunning as his, nor were there ever such yeomen as the sevenscore merry men that roamed with him through the greenwood shades. He stole from the rich and gave to the poor, and in so doing became an undying symbol of virtue. But most important, Robin Hood and his band of merry men offer young audiences more than enough adventure and thrills to keep them listening intently. Filled with action, villains, and surprises, who could resist the arrows flying, danger lurking, and medieval intrigue?

Praise For The Merry Adventures of Robin Hood…

Howard Pyle (1853-1911), a renowned artist, writer, and teacher, is best known for founding the Brandywine school of painting and for authoring "The Merry Adventures of Robin Hood of Nottinghamshire."