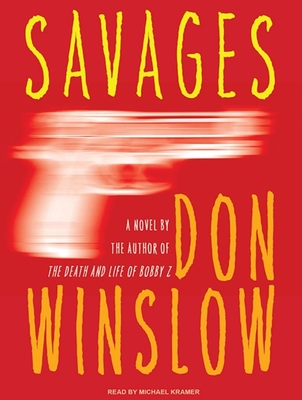 Part-time environmentalist and philanthropist Ben and his ex-mercenary buddy Chon run an independent Laguna Beach-based marijuana operation, reaping significant profits from an established clientele. But they may have come up against something that they can't handle-the Mexican Baja Cartel wants in, and saying no is unacceptable. When they refuse to back down, the cartel kidnaps Ophelia, the boys' playmate and confidante. O's abduction sets off a dizzying array of ingenious negotiations and gripping plot twists that will captivate listeners eager to learn the costs of freedom and the price of an amazing high.

Don Winslow, a former private investigator and consultant, is the author of over a dozen novels, including The Dawn Patrol, The Winter of Frankie Machine, The Power of the Dog, California Fire and Life, and The Death and Life of Bobby Z. He lives in Southern California. Audiobook veteran and AudioFile Earphones Award winner Michael Kramer has recorded more than two hundred audiobooks for trade publishers and many more for the Library of Congress Talking Books program. His audiobooks include North and South by John Jakes, and a number of other Jakes titles; capers and mysteries by Donald E. Westlake (a.k.a. Richard Stark), including Money for Nothing; and Robert Jordan's fantasy-adventure fiction. In addition, Michael received Audie Award nominations for The Gathering Storm by Robert Jordan and Brandon Sanderson and Dead Aim by Thomas Perry, and a Publishers Weekly Listen-Up Award for Savages by Don Winslow.
Loading...
or
Not Currently Available for Direct Purchase