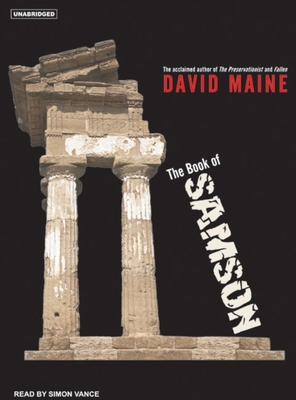 The Book of Samson

"This is the story of my life and it's not a happy one. If you wish to read about me you're welcome to but if you're looking for something to give you hope & joy comfort & inspiration then you had best leave off here straightaway and go find something else. My life has an abundance of frustration and pain plus a fair bit of sex and lots of killing and broken bones but it's got precious little hope & joy comfort & inspiration. It's got some women in it too plus a wife. Dalila is the one you may have heard of and a rare piece of work she was. You may think you know the story but believe me there's more." -from The Book of Samson From the author of the acclaimed and provocative novels Fallen and The Preservationist comes a tale about a man who believes he is touched by the hand of God-then instructed by that God to slaughter his enemies. It is the story of "this worldly existence of men & brutes desire & unkindness" and of the woman, Dalila, who figures at the center of it all. In The Book of Samson, David Maine has created an unforgettable portrait, a unique and astonishing masterpiece that puts a face on a previously faceless icon. "The combination of archaic language and setting with modern sensibilities again demonstrates Maine's talent for making the familiar intriguing."-Publishers Weekly Starred Review "Provocative and beautifully told-a breakout novel for Maine."-Kirkus Starred Review.

Praise For The Book of Samson…

"Once again Mr. Maine finds a way to defyexpectations." ---Books of the Times

David Maine was born in 1963 and grew up in Farmington, Connecticut. He has taught English in Morocco and Pakistan, and since 1998 has lived in Lahore, Pakistan, with his wife, novelist Uzma Aslam Khan.