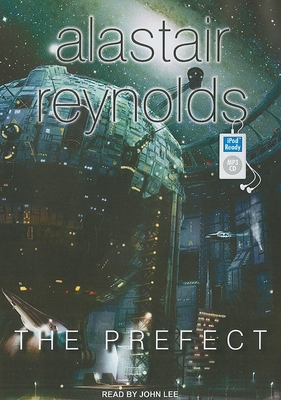 Tom Dreyfus is a Prefect, a law enforcement officer with the Panoply. His beat is the multifaceted utopian society of the Glitter Band, that vast swirl of space habitats orbiting the planet Yellowstone, the teeming hub of a human interstellar empire spanning many worlds. His current case: investigating a murderous attack against one of the habitats that left 900 people dead, a crime that appalls even a hardened cop like Dreyfus. But then his investigation uncovers something far more serious than mass slaughter-a covert plot by an enigmatic entity who seeks nothing less than total control of the Glitter Band. Before long, the Panoply detectives are fighting against something worse than tyranny, in a struggle that will lead to more devastation and more death. And Dreyfus will discover that to save what is precious, you may have to destroy it.

Praise For The Prefect…

"A fascinating hybrid of space opera, police procedural and character study.... This is solid British SF adventure, evoking echoes of le Carre and Sayers with a liberal dash of Doctor Who." ---Publishers Weekly

Alastair Reynolds is the author of many short stories and eight novels, including "Chasm City," winner of the British Science Fiction Association's Award for Best Novel, and "House of Suns."