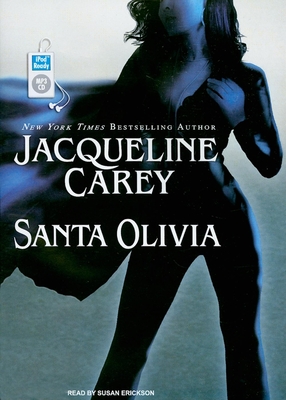 Loup Garron was born and raised in Santa Olivia, an isolated, disenfranchised town next to a U.S. military base inside a demilitarized buffer zone between Texas and Mexico. A fugitive "Wolf-Man" who had a love affair with a local woman, Loup's father was one of a group of men genetically manipulated and used by the U.S. government as a weapon. The "Wolf-Men" were engineered to have superhuman strength, speed, sensory capability, stamina, and a total lack of fear, and Loup, named for and sharing her father's wolf-like qualities, is marked as an outsider. After her mother dies, Loup goes to live among the misfit orphans at the parish church, where they seethe from the injustices visited upon the locals by the soldiers. Eventually, the orphans find an outlet for their frustrations: They form a vigilante group to support Loup Garron, who, costumed as their patron saint, Santa Olivia, uses her special abilities to avenge the town. Aware that she could lose her freedom, and possibly her life, Loup is determined to fight to redress the wrongs her community has suffered. And like the reincarnation of their patron saint, she will bring hope to all of Santa Olivia.

"Careys fans will enjoy meeting another strong, fearless heroine with special powers, while new [audiences] will appreciate the tight focus that intensifies the depth of character and emotion." ---Publishers Weekly Starred Review

Susan Ericksen, an Audie Award and "AudioFile" Earphones Award winner, has recorded many audiobooks, including "Naked in Death" by J. D. Robb.
Loading...
or
Not Currently Available for Direct Purchase