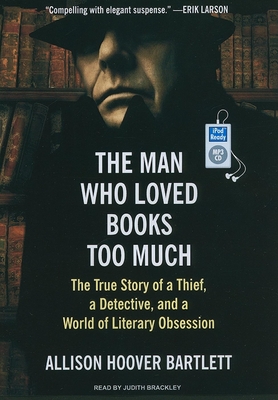 The Man Who Loved Books Too Much (MP3 CD)

Allison Hoover Bartlett works as a freelance writer for newspapers and magazines. Her work has appeared in the "New York Times," the "Washington Post," "Salon," the "San Francisco Magazine," and other publications.

Judith Brackley worked in major market radio for twenty years and has numerous radio spots, industrial voice-overs, and narrations to her credit.

"[Brackley's] soft voice, often near a toned whisper, adds the right atmosphere to a biography of a creepy man and a reporter's long search for his motive." ---AudioFile