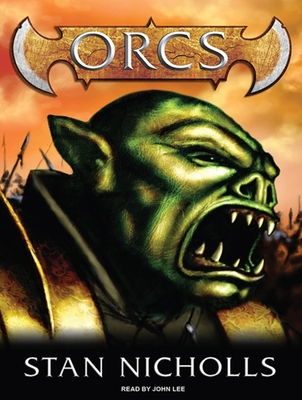 "LOOK AT ME. LOOK AT THE ORC." "There is fear and hatred in your eyes. To you I am a monster, a skulker in the shadows, a fiend to scare your children with. A creature to be hunted down and slaughtered llike a beast in the fields. "It is time you pay heed to the beast. And see the beast in yourself. I have your fear. But I have earned your respect. "Hear my story. Feel the flow of blood and be thankful. Thankful that it was me, not you, who bore the sword. Thankful to the Orcs: born to fight, destined to win peace for all." Combining the international bestselling trilogy-Bodyguard of Lightning, Legion of Thunder, and Warriors of the Tempest-plus a new short story previously available only in a small-press anthology, Orcs presents the entire story of Stryke and his band of Orcs. A fast-moving, action-packed, tongue-in-cheek saga of Orc valor and human treachery.

"A wonderful piece of storytelling.... Underlying all the fun and games is a core of skillfully drawn, fully realized characters who engage your sympathy from the start and never let go." ---Tom Holt, author of Snow White and the Seven Samurai