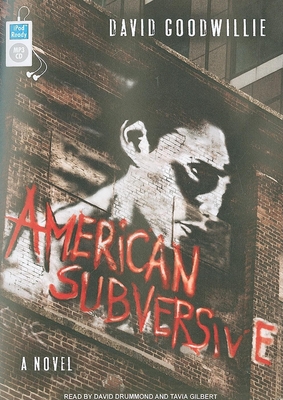 As the twenty-first century enters its second decade, foreign wars, the lingering recession, and a caustic political environment are taking their toll on Americans. But the party hasn't ended for Aidan Cole and his friends, a band of savvy, if cynical, New York journalists and bloggers who thrive at the intersection of media and celebrity. At wine-sodden dinner parties or in dimly lit downtown bars, their frenetic talk-of scoops and page views, sexual adventures, and trendy restaurants-continues unabated. Then, without warning, the specter of terrorism reenters their lives. A bomb rips through the deserted floor of a midtown office tower. Middle Eastern terrorists are immediately suspected. But four days later, with no arrests and a city on edge, an anonymous e-mail arrives in Aidan's in-box. Attached is the photograph of an attractive, young white woman, along with a chilling message: "This is Paige Roderick. She's the one responsible." So begins an extraordinary journey into the dark soul of modern America-from a back-to-the-land community in the Smoky Mountains to a Weather Underground-like bomb factory in Vermont; from Fishers Island, isolated getaway of the wealthy elite, to the hip lofts of Manhattan's Meatpacking District. American Subversive is David Goodwillie's sharp and penetrating take on the paranoia of our times-and its real, untold dangers. In examining the connection between our collective apathy and the roots of insurrection, Goodwillie has crafted an intoxicating story of two young Americans grasping for a foothold in a culture-and a country-that's crumbling around them. With this debut novel, Goodwillie announces himself as a major new voice in American fiction. Expertly written, relentlessly suspenseful, and bitingly funny, American Subversive is both an unnervingly realistic tale of domestic terrorism and a perfectly observed portrait of Manhattan in the digital age.

"[A] hip and quick-paced thriller." ---The New York Times

David Goodwillie is the author of the acclaimed memoir "Seemed Like a Good Idea at the Time," for which he was named one of the Best New Writers of 2006 by members of the PEN American Center.

Tavia Gilbert, a six-time Audie Award nominee and multiple Earphones and Parent's Choice Award winning producer, narrator, and writer, has appeared on stage and in film. She has narrated over 250 multicast and single-voice audiobooks.

David Drummond has been narrating audiobooks for a few years now and hopes one of these days to get it right. He much prefers dead authors and live audiences. "
Loading...
or
Not Currently Available for Direct Purchase