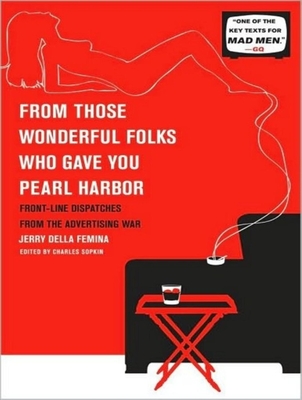 Vividly reminiscent of the goings-on at Sterling Cooper-the late nights, the three-martini lunches, the sex on couches, and, of course, the actual work of plugging products-this is the story of what Madison Avenue was really like in the 1960s. A worldwide bestseller when first published in 1970, this frank, irreverent, and hilarious memoir is a one-of-a-kind cult classic.

"Reads like the transcript of a tape made at a bar or cocktail party with the recorder propped up next to the raconteur at the center of the crowd." ---Salon

Jerry Della Femina has worked in the advertising industry for over fifty years, and he was an adviser on the first season of the hit television show "Mad Men." Charles Sopkin (d. 1994), an author, book editor, and publisher, wrote the books "Seven Glorious Days, Seven Fun-Filled Nights" and "Money Talks!"