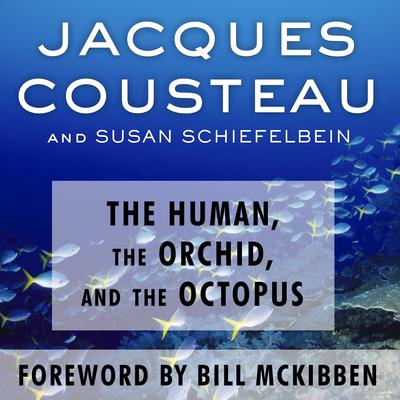 The Human, the Orchid, and the Octopus (Digital Audiobook)

Exploring and Conserving Our Natural World

Explorer, diving pioneer, filmmaker, inventor, and activist, Jacques Cousteau was blessed from his childhood with boundless curiosity about the natural world. As the leader of fascinating, often dangerous expeditions all over the planet, he discovered firsthand the complexity and beauty of life on earth and undersea—and watched the toll taken by human activity in the twentieth century.

In his magnificent last book, available for the first time in the United States, Cousteau describes his deeply informed philosophy about protecting our world for future generations. Weaving gripping stories of his adventures throughout, he and coauthor Susan Schiefelbein address the risks we take with human health, the overfishing and sacking of the world's oceans, the hazards of nuclear proliferation, and the environmental responsibility of scientists, politicians, and people of faith. Written over the last ten years of his life with frequent collaborator Schiefelbein, who also introduces the text and provides an update on environmental developments in the decade since Cousteau's death, this prescient, clear-sighted book is a remarkable testament to the life and work of one of our greatest modern adventurers.

Stephen Hoye has won thirteen AudioFile Earphones Awards and two prestigious APA Audie Awards, including one for the New York Times bestseller Rich Dad, Poor Dad by Robert T. Kiyosaki. A graduate of London's Guildhall and a veteran of London's West End, Stephen has recorded many other notable titles, such as Every Second Counts by Lance Armstrong and The Google Story by David A. Vise and Mark Malseed.