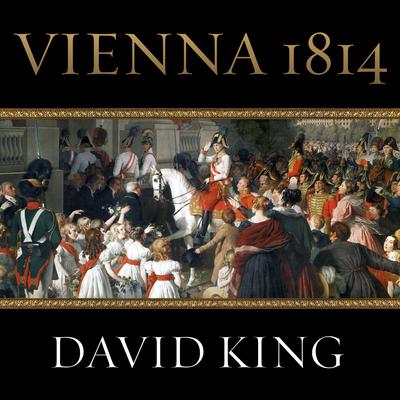 How the Conquerors of Napoleon Made Love, War, and Peace at the Congress of Vienna

The Napoleonic Wars had torn Europe apart, and the peace conference of 1814 was to be held in the continent's grandest city: Vienna. Everyone had an agenda in the postwar world, and spy networks, bitter hatreds, illicit affairs, and tangled alliances ensued.

Despite the gravity of the situation, the Hapsburg Emperor of Austria, in opening his splendid rococo palace to the European royals and providing elaborate banquets and lavish entertainments, set the stage for the most extravagant pageantry since the fall of the Roman Empire. Guests were swept up in the dazzling whirlwind of social events—masquerades, hunts, and elaborate dinners—even as maps were being redrawn, rulers reinstated or ousted, and fortunes transferred. Ultimately, the Congress of Vienna ushered in the longest period of peace Europe has ever known. Vienna 1814 is a rich, impeccably researched history of the intrigue and frivolity that would forever mark the Congress of Vienna as the greatest Vanity Fair of all time.

Mel Foster, an audiobook narrator since 2002, won an Audie Award for Finding God in Unexpected Places by Philip Yancey. He has also won several AudioFile Earphones Awards. Best known for mysteries, Mel has also narrated classic authors such as Thoreau, Nabokov, and Whitman.