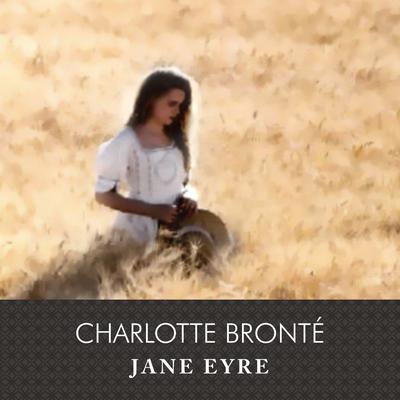 This classic story shows how a young woman can overcome adversity and find true happiness. It is a story of passionate love, travail, and final triumph.

Orphaned at an early age, Jane Eyre leads a lonely life until she finds work as a governess at Thornfield Hall, where she meets the mysterious Mr. Rochester and sees a ghostly woman who roams the halls by night. The relationship between the heroine and Mr. Rochester is only one episode, albeit the most important, in a detailed fictional autobiography in which the author transmuted her own experience into high art. In this work, the plucky heroine is outwardly of plain appearance but possesses an indomitable spirit, a sharp wit, and great courage. She is forced to battle against the exigencies of a cruel guardian, a harsh employer, and the rigid social order that circumscribes her life and position.

Wanda McCaddon began recording books for the fledgling audiobook industry in the early 1980s and has since narrated well over six hundred titles for major audio publishers, as well as abridging, narrating, and coproducing classic titles for her own company, Big Ben. Audiobook listeners may be familiar with her voice under one of her two "nom de mikes," Donada Peters and Nadia May. The recipient of an Audie Award and more than twenty-five Earphones Awards, AudioFile magazine has named her one of recording's Golden Voices. Wanda also appears regularly on the professional stage in the San Francisco Bay Area.