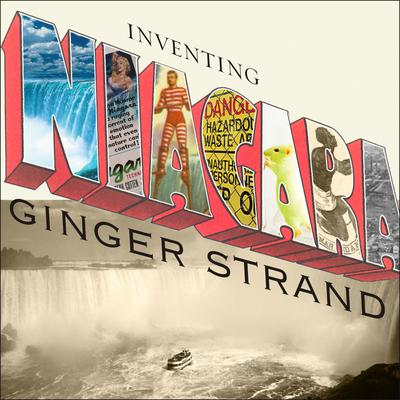 Americans call Niagara Falls a natural wonder, but the falls aren't very natural anymore. In fact, they are a study in artifice. Water diverted, riverbed reshaped, brink stabilized, and landscape redesigned, the falls are more a monument to man's meddling than to nature's strength. Held up as an example of something real, they are hemmed in with fakery—waxworks, haunted houses, IMAX films, and ersatz Indian tales. A symbol of American manifest destiny, they are shared politely with Canada. Emblematic of nature's power, they are completely human-controlled. An archetype of natural beauty, the falls belie an ugly environmental legacy still bubbling up from below. On every level, Niagara Falls is a monument to how America falsifies nature, reshaping its contours and redirecting its force while claiming to submit to its will.
Combining history, reportage, and personal narrative, Inventing Niagara traces Niagara's journey from sublime icon to engineering marvel to camp spectacle. Along the way, Ginger Strand uncovers the hidden history of America's waterfall: the Mohawk chief who wrested the falls from his adopted tribe, the revered town father who secretly assisted slave catchers, the wartime workers who unknowingly helped build the atomic bomb, and the building contractor who bought and sold a pharaoh. With an uncanny ability to zero in on the buried truth, Strand introduces us to underwater dams, freaks of nature, mythical maidens, and 280,000 radioactive mice buried at Niagara.
From LaSalle to Lincoln to Los Alamos, Mohawks to Marilyn, Niagara's story is America's story, a tale of dreams founded on the mastery of nature. At a time of increasing environmental crisis, Inventing Niagara shows us how understanding the cultural history of nature might help us to rethink our place in it today.

Karen White has been narrating audiobooks since 1999, with more than two hundred to her credit. Honored to be included in AudioFile's Best Voices and Speaking of Audiobooks's Best Romance Audio 2012 and 2013, she is also an Audie Award finalist and has earned multiple AudioFile Earphones Awards and Library Journal starred reviews. She currently lives with her family in Wilmington, North Carolina.Publishers Weekly says of Karen's narration of Nothing to Envy by Barbara Demick, "Karen White delivers a stunning reading, her character interpretations are confident and well-rounded, and she forges a strong bond with the audience."Speaking of Audiobooks says, "Karen is one of my auto-buy narrators-if I think a book may interest me, her narration will sway me to give it a try."