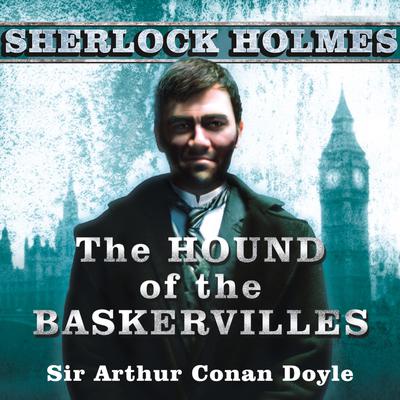 The Hound of the Baskervilles (Digital Audiobook)

The country doctor had come to 221B Baker Street, the famous lodgings of Sherlock Holmes, with an eerie tale—the legend of the Hound of the Baskervilles, the devil-beast that haunted the lonely moors around the Baskervilles' ancestral home. The tale warned the descendants of that ancient family never to venture out on the moor "in those dark hours when the powers of evil are exalted." But one of the most recent Baskervilles, Sir Charles, was now dead, and the footprints of a giant hound had been found near his body. Would the new heir of the Baskervilles meet the same dreadful fate? Sherlock Holmes and his faithful friend Dr. Watson are faced with their most terrifying case in this wonderful classic of masterful detection and bone-chilling suspense.

This audiobook includes the bonus Sherlock Holmes story "The Adventure of the Dancing Men."

British-born Simon Prebble has built a successful career that spans the Atlantic. As a stage and television actor, he has played in everything from soaps to Shakespeare, but it is as a veteran narrator of over four hundred audiobooks that he has made his mark since coming to the United States in 1990. As one of AudioFile magazine's Golden Voices, Simon has received over twenty Earphones Awards and five Publishers Weekly Listen-Up Awards, and he has been a finalist fourteen times for an Audie Award, the audiobook industry's version of the Oscar. In 2006, Publishers Weekly named him Narrator of the Year, and he was named Booklist's 2010 Voice of Choice.