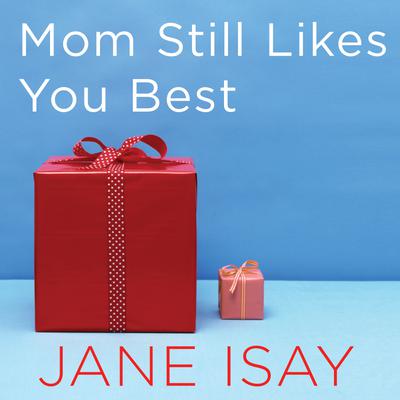 There's a myth out there that good relations between brothers and sisters do not include conflict, annoyance, disagreement, or mixed feelings. Jane Isay believes this is a destructive myth, one that makes people doubt the strength of the connection with their siblings. Brothers and sisters may love and hate, fight and forgive, but they never forget their early bonds.
Based on scores of interviews with brothers and sisters young and old, Mom Still Likes You Best features real-life stories that show how differences caused by family feuds, marriages, distance, or ancient history can be overcome. The result is a vivid portrait of siblings, in love and war.

Joyce Bean is an accomplished audiobook narrator and director. In addition to being an AudioFile Earphones Award winner, she has been nominated multiple times for a prestigious Audie Award. Equally adept at narrating fiction and nonfiction, her titles include Blue Diary by Alice Hoffman, Blue Smoke by Nora Roberts, and several Jayne Ann Krentz novels. Joyce lives in West Michigan.