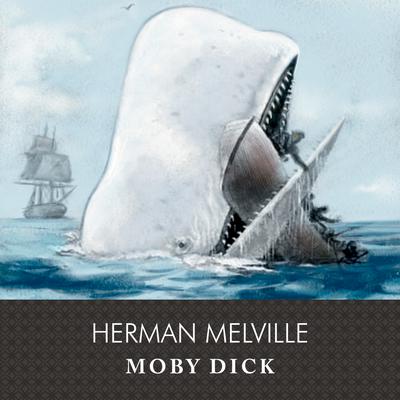 On a previous voyage, a mysterious white whale had ripped off the leg of a sea captain named Ahab. Now the crew of the Pequod, on a pursuit that features constant adventure and horrendous mishaps, must follow the mad Ahab into the abyss to satisfy his unslakeable thirst for vengeance. Narrated by the cunningly observant crew member Ishmael, Moby Dick is the tale of the hunt for the elusive, omnipotent, and ultimately mystifying white whale—Moby Dick.

On its surface, Moby Dick is a vivid documentary of life aboard a nineteenth-century whaler, a virtual encyclopedia of whales and whaling, replete with facts, legends, and trivia that Herman Melville had gleaned from personal experience and scores of sources. But as the quest for the whale becomes increasingly perilous, the tale works on allegorical levels, likening the whale to human greed, moral consequence, good, evil, and life itself. Who is good? The great white whale who, like Nature, asks nothing but to be left in peace? Or the bold Ahab who, like scientists, explorers, and philosophers, fearlessly probes the mysteries of the universe? Who is evil? The ferocious, man-killing sea monster? Or the revenge-obsessed madman who ignores his own better nature in his quest to kill the beast?

Norman Dietz is a writer, an actor, and a solo performer. Since 1962, he has toured coast to coast, presenting his work before audiences all over the United States and Canada. He is the author of the comic novel Nailing It, as well as Fables & Vaudevilles & Plays and The Lifeguard and the Mermaid, collections of his work for the stage. Norman has also performed frequently on radio and television, and he has recorded over 150 audiobooks, many of which have earned him awards from AudioFile magazine, the ALA, and Publishers Weekly. Additionally, AudioFile named Norman one of the Best Voices of the Century. He lives in Lancaster, Pennsylvania.