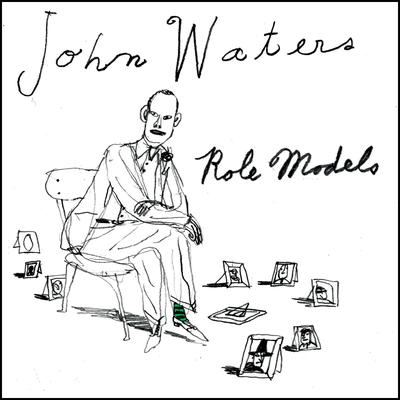 Role Models is filmmaker John Waters's self-portrait told through intimate profiles of favorite personalities—some famous, some unknown, some criminal, some surprisingly middle-of-the-road. From Esther Martin, owner of the scariest bar in Baltimore, to the American playwright Tennessee Williams; from the atheist leader Madalyn Murray O'Hair to the insane martyr Saint Catherine of Siena; from the English novelist Denton Welch to the timelessly appealing singer Johnny Mathis—these are the extreme figures who helped the author form his own brand of neurotic happiness.

Role Models is a personal invitation into one of the most unique, perverse, and hilarious artistic minds of our time.

John Waters is an American filmmaker, actor, writer, and visual artist best known for his cult films, including Polyester, Pink Flamingos, Female Trouble, and Desperate Living. He has also made more conventional films, such as Hairspray and Cry-Baby. His previous books include Shock Value and Crackpot. John lives in Baltimore, Maryland.