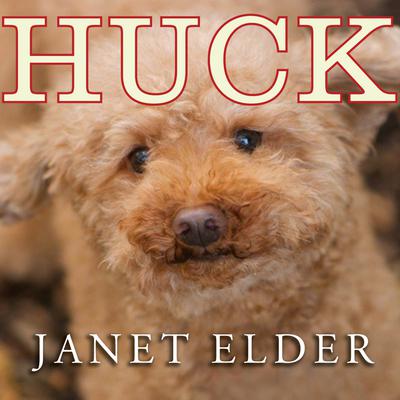 Michael was four when his relentless campaign for a dog began. At seven, he made a PowerPoint presentation, "My Dog," with headings like "A Childhood Without a Dog Is a Sad Thing." His parents, Janet and Rich, were steadfast; bringing a dog into their fast-paced New York City lives was utterly impractical.
However, on a trip to Italy, a chance happening leads Janet to reconsider, a decision then hastened by a diagnosis of breast cancer. Janet decides the excitement of a new puppy would be the perfect antidote to the strain on the family of months of arduous treatments for her illness. The prospect of a new puppy would be an affirmation of life, a powerful talisman for them all.
On Thanksgiving weekend, soon after the grueling months of treatments are over, Huck, a sweet, mischievous, red-haired toy poodle, joins the family and wins everyone's hearts.

A few months later, the family ventures to baseball's spring training, leaving Huck with Janet's sister in Ramsey, New Jersey. Barely twenty-four hours into the trip, Janet receives the dreaded phone call: Huck has slipped through the backyard fence and run away.

Moved by the family's plight, strangers—from schoolchildren to townspeople to the police lieutenant—join the search, one that proves to be an unyielding test of determination and faith.

Karen White has been narrating audiobooks since 1999, with more than two hundred to her credit. Honored to be included in AudioFile's Best Voices and Speaking of Audiobooks's Best Romance Audio 2012 and 2013, she is also an Audie Award finalist and has earned multiple AudioFile Earphones Awards and Library Journal starred reviews. She currently lives with her family in Wilmington, North Carolina. Publishers Weekly says of Karen's narration of Nothing to Envy by Barbara Demick, "Karen White delivers a stunning reading, her character interpretations are confident and well-rounded, and she forges a strong bond with the audience." Speaking of Audiobooks says, "Karen is one of my auto-buy narrators-if I think a book may interest me, her narration will sway me to give it a try."