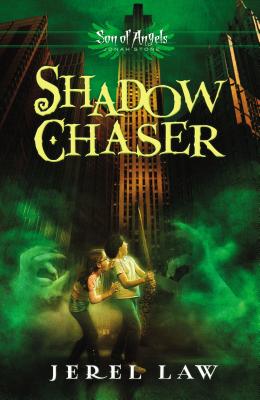 Many months have passed since part angel siblings Jonah, Eliza, and Jeremiah Stone began their angelic training. As part angels, or quarterlings, the siblings joined other children of nephilim to begin honing their special powers.

In this third installment in the Son of Angels series, Jonah's story comes to resemble a modern-day Job as he's faced with trials that affect his health, strength, relationships, and most-prized possessions. As he and the other quarterlings prepare for mid-term exams, their powers are tested once again in the most fierce battle against Abaddon's forces yet. Will Jonah's faith in Elohim continue to persevere as he fights Abaddon in his hardest battle yet?

Parents today are looking for fiction that makes Christianity and the Bible exciting for their kids. This series is the first Christian answer to Percy Jackson and the Olympians, the Kane Chronicles, the Secret Series, and other middle-grade series packed with action, adventure, and supernatural fights. But the message is solidly based in Scripture, conveying God is always in control.

Jerel Law is a gifted communicator, pastor, and church planter with eighteen years experience working full-time in ministry. He holds a Master of Divinity degree from Gordon-Conwell Seminary and began writing fiction as a way to express his faith and communicate God's love to others. Law lives in North Carolina with his family.
or
Buy Here
Copyright © 2020 American Booksellers Association