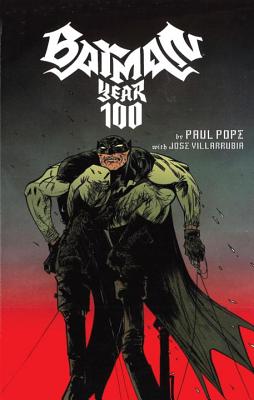 In Gotham City, 2039, a federal agent is murdered and a contingent of Washington's top agents is hot on the suspect's trail. The Batman, a forgotten icon from the past, is wanted for the murder. Amid the chaos Gotham City Police Detective Gordon, grandson of the former commissioner, discovers that the man they are chasing shouldn't exist at all.

Paul Pope is an acclaimed, Eisner award-winning writer and artist whose works include THB, The One-Trick Ripoff, and, for DC Comics, Heavy Liquid and Batman: Year One Hundred.
His work is translated into a number of languages on three continents. He's one of a handful of young cartoonists to be consistently gaining critical praise and media attention, appearing on the Sci-Fi Channel, Much Music, and elsewhere. He's been in everything from Spin to A+F to Entertainment Weekly to Jalouse to V Magazine to The Village Voice. And he's the only American cartoonist to have worked for Japan's largest manga publisher for five-plus years.
Loading...
or
Not Currently Available for Direct Purchase