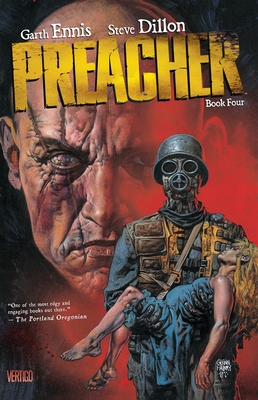 Preacher Jesse Custer’s dark journey to find God, accompanied by his gun-toting girlfriend and Irish vampire buddy, continues in this third volume. During some down time, Jesse Custer faces an enemy from the past, who seeks vengeance for his father’s death. Also includes a story spotlighting the Saint of Killers and a standalone tale starring Cassidy, the vampire.

"It will restore your faith. In comics."—The New York Daily News

Irish-born writer Garth Ennis is the acclaimed author of the Preacher graphic novel series, and also has written numerous John Constantine/Hellblazer graphic novels, as well as The Authority, The Boys, War Stories, Pride and Joy and other titles.
Loading...
or support indie stores by buying on