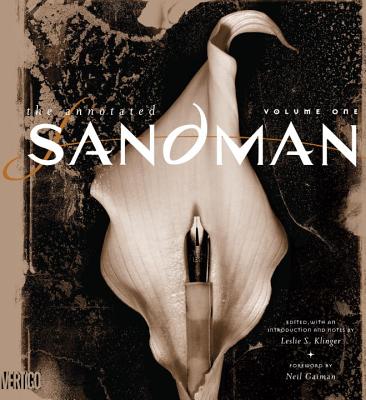 Meet the Endless, a family of immortals that govern all aspects of life and death throughout the universe. However, one of theirown lays captured--Dream, the Lord of Sleep. As Dream makes his escape and returns to his duties after 70 years of imprison-ment, he encounters countless characters from myth, legend and comics, from Lucifer himself to the tragic Greek hero Orpheusto the HELLBLAZER John Constantine.

New York Times best-selling author Neil Gaiman's transcendent series SANDMAN is often hailed as the definitive Vertigo titleand one of the finest achievements in graphic storytelling. Gaiman created an unforgettable tale of the forces that exist beyondlife and death by weaving ancient mythology, folklore and fairy tales with his own distinct narrative vision.

Neil Gaiman is the NEW YORK TIMES best-selling author of AMERICAN GODS and CORALINE. His other books include the novels ANANSI BOYS, NEVERWHERE and STARDUST (winner of the American Library Association's Alex Awards as one of 2000's top ten adult novels for young adults) and the short fiction collections M IS FOR MAGIC, FRAGILE THINGS and SMOKE AND MIRRORS. With Roger Avary, he is the screenwriter of the motion picture BEOWULF (Paramount, November 2007), direct by Robert Zemeckis. His illustrated novel STARDUST was released as a major motion picture Summer 2007 starring Michelle Pfeiffer and Robert De Niro. With Terry Pratchett, he is the author of the novel GOOD OMENS. He is also the author of the children's books THE WOLVES IN THE WALLS and THE DAY I TRADED MY DAD FOR TWO GOLDFISH. Among his many awards are the Eisner, Hugo, the Nebula, the World Fantasy and the Bram Stoker. Originally from England, Gaiman now lives in the United States.
Loading...
or
Not Currently Available for Direct Purchase