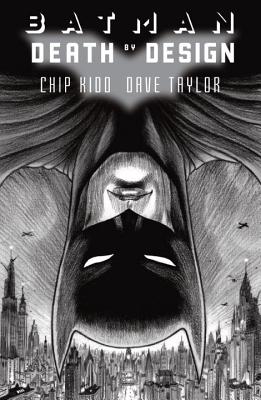 A June 2012 Amazon Best Book of the Month

In this new original graphic novel from superstar writer/designer Chip Kidd and artist Dave Taylor, Gotham City is undergoing one of the most expansive construction booms in its history. The most prestigious architects from across the globe have buildings in various phases of completion all over town. As chairman of the Gotham Landmarks Commission, Bruce Wayne has been a key part of this boom, which signals a golden age of architectural ingenuity for the city. And then, the explosions begin. All manner of design-related malfunctions–faulty crane calculations, sturdy materials suddently collapsing, software glitches, walkways giving way and much more–cause casualties across the city. This bizarre string of seemingly random, unconnected catastrophes threaten to bring the whole construction industry down. Fingers are pointed as Batman must somehow solve the problem and find whoever is behind it all.

Chip Kidd is a graphic designer and writer living in New York City and Stonington, Connecticut. His first novel, The Cheese Monkeys, was a national bestseller and a New York Times Notable Book. His first book, Batman Collected, was awarded the Design Distinction award from ID magazine. He is the co-author and designer of the two-time Eisner award-winning book Batman Animated. He is the editor-at-large for Pantheon, where he has overseen the publication of Chris Ware's Jimmy Corrigan: The Smartest Kid on Earth, Dan Clowes's David Boring, and the definitive book of the art of Charles Schulz, Peanuts (designed, edited, and with commentary by Kidd). He has also written about graphic design and popular culture for The New York Times, Entertainment Weekly, Details, The New York Observer, McSweeney's, Vogue, The New York Post, ID, and Print. His book jacket designs for Alfred A. Knopf (where he is associate art director) have helped spawn a revolution in the art of American book packaging. His work has been featured in Vanity Fair, Eye, Print, Entertainment Weekly, The New Republic, Time, Graphis, New York, and ID magazines, and he is a regular contributor of to The New York Times' Op-Ed page.

Praise For Batman: Death by Design…

"...a fantastic period piece about architecture, politics, and murder."—Publishers Weekly

"...crisp, clean style that is both awe-inspiring and regal."—IGN