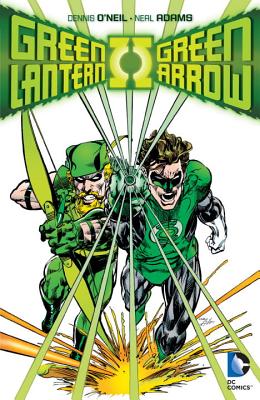 In these stories, Green Lantern Hal Jordan continued his usual cosmic-spanning adventures, as he used his amazing Power Ring to police Sector 2814 against universe-threatening menaces. Meanwhile, on Earth, Oliver Queen, the archer known as Green Arrow, was confronting menaces of a different kind: racism, poverty, drugs, and other social ills!

Dennis O'Neil is the influential writer of comics including BATMAN, GREEN LANTERN/GREEN ARROW, THE JUSTICE LEAGUE OF AMERICA and countless other titles. He is also the author of The DC Comics Guide to Writing for Comics (Watson Guptill).
Loading...
or
Not Currently Available for Direct Purchase