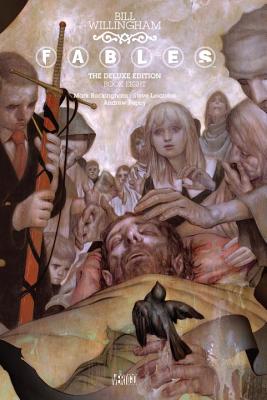 Flycatcher is drawn into the spotlight as he discovers the startling truth about his own past as the Frog Prince. At the same time, he learns that the Adversary plans to destroy his foes once and for all. How can the meek Flycatcher stop this deadly foe?

Bill Willingham has been writing, and sometimes drawing, comics for more than twenty years. During that time he's had work published by nearly every comics publisher in the business and he's created many critically acclaimed comic book series, including Elementals, Coventry, PROPOSITION PLAYER and FABLES. Along with FABLES and JACK OF FABLES, Willingham wrote the miniseries DAY OF VENGEANCE and currently writes SALVATION RUN. His work has been nominated for many awards, including the Eisner, Harvey and Ignatz comic industry awards and the International Horror Guild award. He lives somewhere near a good poker room.
or
Not Currently Available for Direct Purchase
Copyright © 2020 American Booksellers Association