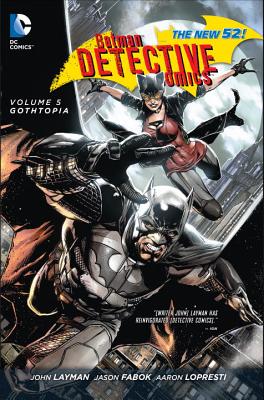 Gotham City is and always has been a crime-free utopia, where the heroes are celebrated through the streets of one of America's best cities. Batman is a universally beloved vigilante clad in white. His sidekick is Selina Kyle, otherwise known as Catbird. Who—or what—has created the Dark Knight's alternate hometown?