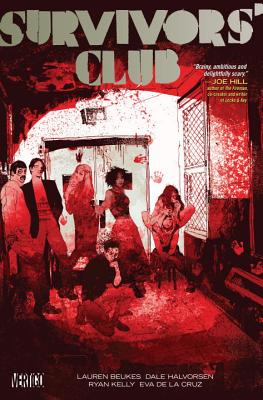 What if the horror movies of the 1980s were real?
Where are those kids today?

The haunted house, the demonic doll, the cursed video game, the monstrous neighbor, the vengeful ghost, the killer imaginary friend…in 1987 a wave of horrors struck six communities around the globe. Six traumatized kids survived those events, and grew up haunted by what happened to them.

Almost 30 years later, the six survivors are drawn together in Los Angeles to confront a terrifying childhood nightmare that has returned, bringing up their own traumas and dragging their dark secrets into the light. Somehow, they’re all connected. But when personal horrors collide, they’ll be forced to confront one another’s demons.

Lauren Beukes is an award-winning, internationally best-selling novelist who also writes comics, screenplays, TV shows and journalism. She made her comics debut in the Fables universe with Fairest mini-series, The Hidden Kingdom with art by Inaki Miranda. She lives in Cape Town, South Africa, with her husband and daughter.
Loading...
or
Not Currently Available for Direct Purchase