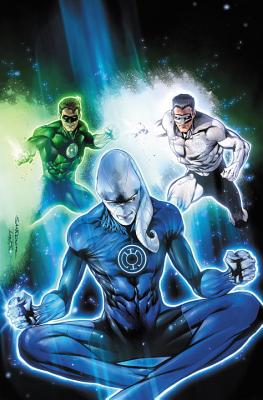 It’s a new era for the Green Lantern Corps. Based on the living planet Mogo under the leadership of John Stewart, the Corps are about to take on their toughest assignment ever—partnering with their bitter enemies in the Sinestro Corps, combining the powers of Will and Fear as a new force for good.

Hal Jordan has a different mission, however. Together with former Green Lantern and current White Lantern Kyle Rayner, Jordan has been tasked by the Guardians of the Universe to find and rescue Saint Walker—the final Blue Lantern and keeper of the Light of Hope. But will Hal, Kyle and Walker be able to bring Hope back to the universe...or will their mission only empower a threat that waits in the shadows?

“This is the Green Lantern book we've needed for a long time.”—IGN

“Every issue is packed with action.”—Comicosity

Robert Venditti is the New York Times best-selling author of The Homeland Directive and the sci-fi graphic novel series The Surrogates, the first installment of which was adapted into a feature film starring Bruce Willis and Ving Rhames. He also writes the graphic novel adaptations of Rick Riordan's bestselling Percy Jackson and the Olympians novels. His most recent projects include X-O Manowar, GREEN LANTERN and THE FLASH.
Loading...
or
Not Currently Available for Direct Purchase