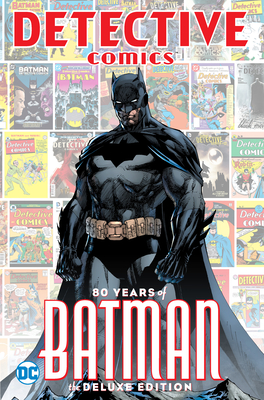 Detective Comics featured DC's first masked adventurer and went on to give the company its name (from Detective Comics Inc.) and the only character to dominate American popular culture three separate times, each a generation apart: Batman.

This special collector's edition also features the very first Batman story; the debuts of classic sidekicks and allies like Robin, Batgirl, Batwoman and even Bat-Mite; and the first stories of archvillains Two-Face, the Riddler and Man-Bat.

“This look back at an iconic hero is intriguing not only for devout fans, but also for those interested in comics history. Engrossing on many levels.” —Kirkus Reviews