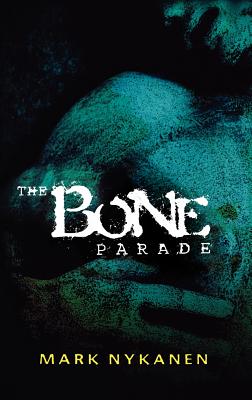 Ashley Stassler is not your average artist. He has been wildly praised for a series of bronze sculptures that group families together, depicting them in moments of excruciating physical and emotional pain -- but the art world has no clue as to how he creates such authentic, gruesome, seemingly tortured human representations. He assigns each family a number, and now he's up to number nine. What's in store for family #9? Cruelty and savagery that you can't even imagine . . .The Bone Parade introduces a villain who is as methodical, calculating, and detached as any found in the best fiction. It's gripping. It's chilling. You might be too afraid to read on, but you'll never be able to tear your eyes away.

Mark Nykanen won four Emmys and an Edgar Award in his last four years at NBC News, where he worked as an on-camera investigative reporter. Nykanen has been an award-winning radio news director and talk show host at KDKB Radio in Phoenix, as well as a public television reporter and news anchor in Arizona. He lives in the Pacific Northwest.
Loading...
or support indie stores by buying on